Another Ron Dewar recording from the collection of Joan Hickey. Great playing runs throughout, and the sound is very good indeed! The recording was a little imbalanced toward the right channel; I tried to add more even balance to both channels, and cleaned up some of the harsh tape starts and stops. Unfortunately, the tape runs out during the drum solo in “Bolivia;” I added a fade-out to make the ending a bit easier on the ears.

Thanks, as always, to Jeff Helgesen for identifying the song names. Despite his encyclopedic brain for tunes, we still have a mystery song in this set. If you know the song, email us and clue us in.

EDIT: Mark Stryker pegged the missing title as “Theme For Ernie.” Thanks Mark!

When Helgesen says, “Really looking forward to hearing this one,” you know it’s gotta be good. Enjoy, folks! 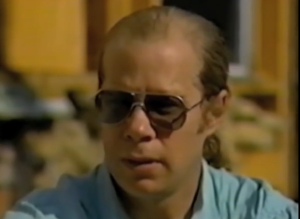 When I was back in Urbana last August, I was able to interview longtime Table employee Jeff 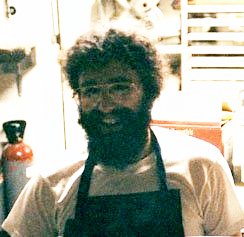 Machota and record some of his memories of the Table’s evolution, the final weekend, and some interesting stories from the kitchen and the stage. He also gives some context to the development of the jazz scene in Champaign-Urbana and what helped create the environment that allowed the Table to flourish.

The interview can be found in the Oral History section. 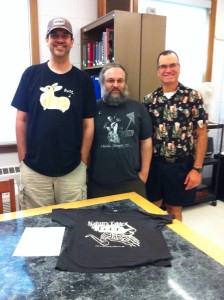 Wow, has it really been a month since we’ve posted anything? Sorry about that… Jeff, Jeff and I all got busy with life and work. As much as we enjoy doing the work to get shows posted, we have to earn our daily bread.

We’ll be getting back to posting musical goodness on a regular basis. Jeff Machota just did a transfer of a great jazz set, and I’ve got some leads on our first rock set from the Table, too. Stay tuned!

Things continue to develop here at NaturesTable.net. Just a couple days after the web site went live, I received an email from Scott Schwartz, Director of the Sousa Archives and Center for American Music at the University of Illinois. Scott informed me they were clued in to what we were up to by my friend and one of C-U’s finest musicians, Paul Kotheimer. Schwartz said he was quite interested in the Nature’s Table Archive Project and wanted to talk about using material from NTAP as part of their collection on the Champaign-Urbana music scene, which was being spearheaded by Assistant Archivist Rory Grennan. After emailing Jeff Machota and Jeff Helgesen, I decided to fly out to C-U this past weekend and get everybody together for an in-person meeting and figure out how to proceed.

Several of us met at Crane Alley this past Saturday afternoon during a torrential downpour: Jeff Machota, Jeff Helgesen, Morgan Powell, Paul Kotheimer, Scott and Rory from the Sousa Archives and myself. We’ve agreed that that there is a lot of common ground here, and we’re all pretty excited that this music and other artifacts from the Table have a chance to be preserved for a long, long time. We’re still working out the details, but we’re all moving together in the same direction now.

I also posted the first of what I hope to be many oral histories of folks who played or worked at the Table. Check out this great interview with Nature’s Table regular Guido Sinclair, recorded in May 1987 by Paul Boyev. Thanks for sharing this recording, Paul.

That’s the latest. I hope to have another recording posted soon. Now if I can just find some time to get the site looking better!

It’s been a long time now, and not many remember how it was in the old days, not really. Not even those who were there to see and hear it as it happened, and who shared, night after night, the mysterious spell created by the talk, the laughter, grease paint, powder, perfume, sweat, alcohol, and food — all blended and simmering, like a stew on the restaurant range, and brought to a sustained moment of elusive meaning by the timbres and accents of musical instruments… -Ralph Ellison, “The Golden Age, Time Past”

Twenty three years later, and I still miss the Table. Lots of us do. If you were there, no further explanation is necessary. If you weren’t, just know it was an incredible place: great food, a wide cast of characters, an unparalleled  sense of community.  There was the cooking, the art, the front steps, the Augsberger Dark.

And the music… that incredible music.

Much has been preserved from Nature’s Table over the years. The bread and chocolate chip cookies and so many other treats are still available, thanks to the Nature’s Table Cookbook. The cookbook, photos,  schedules and lots more are available on Jeff Helgesen’s excellent site full of memories and history. But the music… that’s been elusive.

After talking for years about developing a site devoted to preserving the music recorded at Nature’s Table, it’s finally happening. Former Table employee Jeff Machota, long-time Champaign-Urbana taper Doug Berkman and myself have finally teamed together to try and collect and archive as many of the recordings made at this wonderful place as possible.  Many recordings were made there over the years. Some were great, some weren’t. But that was the beauty of the Table; it was a place where you could go and try.

None of this would be possible without the help of those who made the recordings in the first place.

We’re just getting this going. It’s going to hopefully be a long-term project, so bear with us while we take our first steps and figure all of this stuff out. Relax, have a Gondolette and some red beans and rice, and watch us get this off the ground.